She saw the drawing room as a pulsating flow フロー of heat emanations ranging from hot highlights to cool shadows シャドウ.
She saw the dazzling magnetic patterns of modems, phones テレホン , lights, and locks. She saw and recognized people by the characteristic heat patterns ヒート パターン radiated by their faces and bodies. She saw, around each head, an aura オーラ of the faint electromagnetic brain pattern, and sparkling through the heat radiation of each body ボディ , the everchanging tone of muscle and nerve..

Limited Edition(C-30)cassette tape
Cassette Tape: hand dubbed (real time) on C-30 (music time is around 15 minutes per side) double card insert j-card inside a Norelco case. All packed in a poly bag.
*This label design is assorted, your tape label may differ slightly from the actual photo.

nobody knows that but you.
another such “imaginary soundtrack”? bullshit. only strongly inspired by the #vaporwave and its aesthetic subgenres, originally (still in 2017) planned as pure film score, the material has become very independent in the course of 2018 and has grown up to the point where i realized that i have to release it. it’s what i imagine to be the future of intelligent electronic music. somewhere, on the way to the club, there and back. other ones should be on the block for the peaktime. also as a pill afterwards, for at home…
in the origin of house music, sampling, waves, and of course beats. i want to shovel VHS-pictures into people’s heads. pictures which have disappeared from many productions a long time ago. whatever you like: just to dance, to dream or to play with. it may taste like goodbye, but it’s just the beginning. it could be an album, a double one, but doesn’t want to overtax you with it..

Includes unlimited streaming of デモ via the free Bandcamp app, plus high-quality download in MP3, FLAC and more. … more 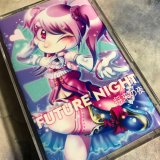 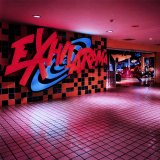 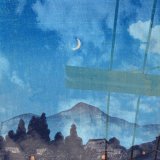 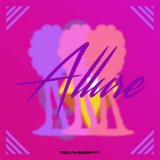